​AINLY housing to the east of village starting with Star Lane which at the lower end had some business mainly corn and farm merchants. Private housing at the bottom and Council Housing opposite the cemetery,now all rebuilt. There is a Romany/Travellers site at the top which has a large community with a long association with the Crays due to its rural nature and need of seasonal workers in the past.
Next is The Sandway which has a green area known as Sandway Park. Blacksmiths Lane has housing on both sides of which Okemore Gdns borders a large green at the top of the hill. The other side has flats and housing where the original St. Joseph School was and up on the left is Burrfield Drive with links up with the estate that starts at the bottom of Elizabeth Way the next road off the High Street. The roads here have names of local dignitary and other well known people of the area.
Further up past the Temple is an estate known as Rookery Gardens which went behind "The Rookery" building, now demolished. It used to be made up of the emergency housing known as prefabs and those that lived in them still have fond memories. This estate ends at Park Road which leads to a large recreation area. That's about it except for Red Lion Close. 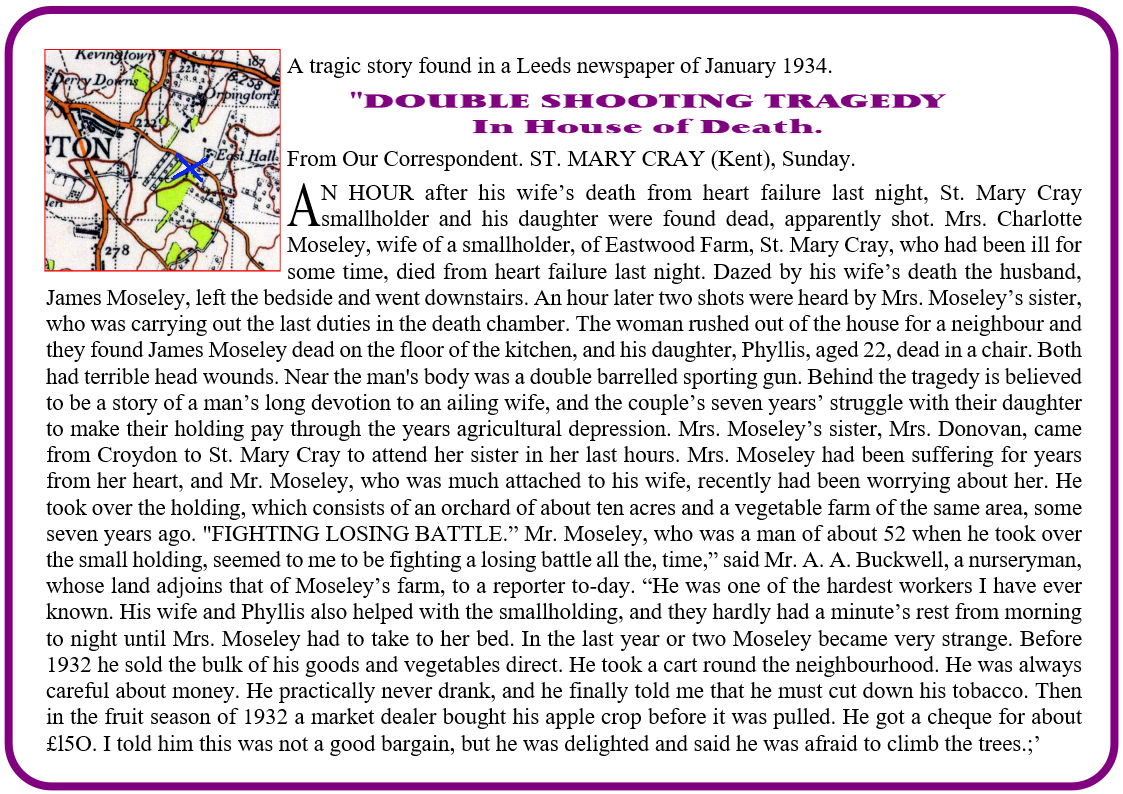